Since we’re currently experiencing a significant cold spell here in the Midwest, I decided that it was a good time to veg out and watch some favorite movies, old and new.  As many of my readers will know, I am especially fond of movies that feature strong, independent female characters.  So I’ve come up with a list of ladies who can go toe-to-toe with the best of male action heroes.  In no particular order: 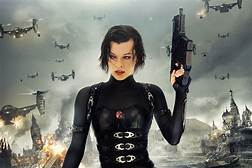 Alice, star of the Resident Evil franchise; this movie series is now six strong and while the films have not always received the best critical acclaim, there is just something about a female hero capable of killing zombie butts that always cheers me up.  Alice has been used, manipulated, kidnapped, and experimented on.  She has witnessed horrible misdeeds in the name of science, namely the development of genocidal weapons, and the deaths of friends.  Despite all this, she endures, she fights, and she continues to win battles against hordes of undead.  How many could withstand the pressure?

Leia Organa; once again a major player in this new trilogy of the Star Wars universe, we have watched Leia grow over the course of five films thus far, becoming the ultimate leader of the forces of good.  As a Princess, rebel leader, and General, Leia has devoted her life to undoing the wrongs wrecked on the galaxy by an evil organization that enthralled her own father.  She has kept the faith when her own family has fallen to the dark side, and when her personal life has suffered.  She has even (spoiler alert!) learned over the years to draw on the force in moments of danger. 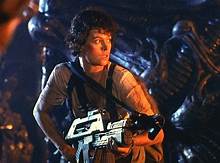 Ellen Ripley: this reluctant hero of Alien fame has proven that nature favors survival of the fittest.  Through four movies her determination has allowed her to endure against an almost unopposable foe, an alien lifeform that parasitically draws on other species and embodies their best traits, making each successive generation that much tougher to kill.  Facing opposition not only from hordes of creatures but also self-interested humans, Ripley fights uphill battles to prevent humanity from becoming extinct. 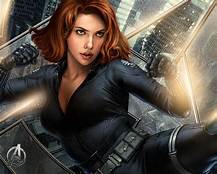 Natasha Romanova, aka The Black Widow: a former Russian assassin, this feisty lady regularly faces battles on an equal footing with the mostly male members of The Avengers, making appearances in five movies to date and at least two more on the horizon, including a solo Black Widow film.  She uses her martial arts and weaponry finesse against aliens, demi-gods, and enhanced human threats to the safety and freedom of the world, all while flinging out quips and manipulating her targets with ploys that would put Mata Hari to shame. 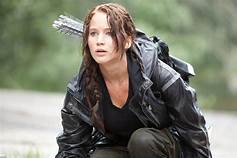 Katniss Everdeen: this young woman from the dystopian society of The Hunger Games quadrilogy stood up to a totalitarian government and took her younger sister’s place in a cruel, gladiator-inspired competition to the death.  From the very beginning, she refused to bow to political pressure, eventually gaining the public’s support and becoming an icon for rebellion.  She fought for her life, and those of family and friends, in battles both physical and social.  Even when betrayed, she fought for what she believed was right, eventually defeating not one but two dictators.

Sarah Connor: the mother of the man who will save the world from computer control.  She finds herself in the unlikely situation of being hunted by a robot from the future, which has come back in time for the sole reason of preventing her son from ever being born.  Featured in three of the movies in The Terminator series, Sarah transforms herself into a warrior princess for the sole purpose of training her son John for the destiny she knows he must face.  She devotes everything she has to making sure he will survive so he can save the world, even going so far as to attempt to change time itself to save John from his fate.

Lara Croft: from the pixels of a computer game to the large screen, this female version of Indiana Jones is on a quest to save the world.  A member of English nobility, the beautiful Lara combines the brains of a scientist with the bravery and the bullets of a true swash-buckling hero.  She fights off treasure hunters and would-be evil overlords bent on world domination, all while trying to solve the mystery of her father’s disappearance.  She will not let anyone stop her from doing what she knows is right, not even a former lover or the promise of eternal life.

Female action heroes, while getting often receiving less accolades than their male counterparts, are no less worthy of honor for their deeds.  This is only a small sample of the notable characters we can find on the big screen and beyond.  Perhaps it’s time to take advantage of the cold weather, and plan a movie night with your loved ones.  I’m sure you can make a list of your own favorite stars.