I hope you are all well and as safe as possible in this time of anxiety and rampant illlness.  I do not need to tell you about the pandemic we are all experiencing in some way; I am sure you have been bombarded by news reports and seen evidence of the long lines in grocery stores and the numerous closed or limited-operating status of businesses in your area.

Here in Ohio the governor has ordered all unessential businesses to close temporarily.  This includes hair salons, movie theatres, and shopping malls.  Fortunately, my husband’s job is one he can do from home, and my daughter’s job is in security, so she is still working.  My son is in construction so he may soon face a layoff until things settle down.

As for myself, my day job is in a large warehouse type store that includes both a grocery store and pharmacy, so we are still open for normal hours, though there have been numerous changes made to policy to protect both workers and customers.

I get to see and experience so many people using various degrees of caution as they brave leaving their homes for necessities.  It is both frightening and heartening to see the response to the new rules.  Most are actually grateful for our precautions.

I know the constant worry over the threat of the pandemic hangs over all of us like the constant gray skies we seem to be experiencing in this first week of spring, but I urge you to not lose hope.  There are responsible officials and medical personnel making good decisions and searching for treatments. Hopefully, in a few weeks or by summer we will be seeing fewer new cases of the virus and perhaps things will begin returning to normal.

The best thing we can do right now is take advantage of the enforced time together with our families.  Re-discover (if you haven’t already) the joys of cooking a meal together.  Play board games and watch old favorite and new shows on the endless availability of streaming services.  Catch up on sleep, and take care of your health by eating healthy, finding time to exercise, and reading books.  In my area, the library offers a huge selection of e-books available for digital checkout, no trip to the library required.

Above all, I hope you follow the safety recommendations to protect yourselves and your families during this time of crisis.  You will all be in my prayers.

Twink drank deeply from his mug of green beer, and then wiped his mouth on his sleeve with a sigh.  “These American college kids really know how to celebrate the old holiday,” he said to his companion, Curly, who like him had a mug in his hand as they sat on a brick wall at the edge of campus, watching the sun go down on the merrymaking students.

“They certainly do get into the spirit of things,” Curly agreed.  “Ready for the next round?”

Twink nodded as Curly snapped his fingers and a pitcher floated from a nearby table, unnoticed by the loud group of revelers who sat there.

Twink and Curly were part of what were known colloquially as “The Little Folk.”   They, along with a number of their kin, had immigrated to the States to get away from political unrest in their native country.  Their group had chosen to settle down in the forest area surrounding a medium-sized university.  While a few knew of their presence, most remained ignorant since they only showed themselves to those of Irish descent or those who proved trustworthy.

The pair refilled their mugs from the pilfered pitcher and were just about to partake, when a low, keening cry reached their pointed ears.

Turning as one, the diminutive duo quickly turned sharp eyes toward a line of trees that edged the campus, obscuring a bike and walking trail that ran along its parameter.

“Not a good night to be out in the woods alone, even as sparse as they are here,” Twink said.  “It weren’t hurt to have a look.”

Curly merely sighed, sat down his mug on the low wall, and settled his pointed hat squarely on his head, then hopped off the wall to follow the sound, which now was louder and had taken on a note of panic.

Silently popping toward the trees, the two made their way unobserved toward the source of the noise.  Not far along the trail they spotted a pair of men in dark clothing, covered in tats, who appeared to be in their thirties, much older than the norm for college students.  They were holding a young female at knife point between them, as tears streamed down her face and she shook her head defiantly.

“Oh now, what’s got the lass so bothered?”  Curly cooed.  He had a weakness for tears, especially from a young innocent.

“Looks like those two ruffians are upsetting her!” Twink declared.  “Well that just won’t do at all, especially on Our holiday!”

A quickly whispered consult decided the fate of the two men.  It wouldn’t do to allow such mischief, especially if they were not the cause, on their chosen turf.

Sparky popped behind one of the men, while Twink took on the other one.  At a nod, they each grabbed their chosen prey by the scruff of the neck, blinking them out of sight of the young woman, who suddenly discovered she was standing alone on the dark trail.

The two leprechauns reappeared only a moment later, their victims in tow, just above the manmade lake on the other side of campus.   A second later, the nearby partygoers heard a tremendous splash as both the assailants were dropped unceremoniously into the water.

While many of the bystanders only pointed and laughed at the scene, a few were sober and responsible enough to call campus security.  The officers who arrived to see the pair struggling out of the lake quickly recognized them as being wanted for assault, robbery and a number of other crimes.   They grabbed the two and slapped cuffs on them, leading them to their patrol car.

One of the men protested, “You have to help us.  We were minding our own business, when we were grabbed by invisible men and dumped in the middle of the lake!”

Officer O’Malley only chuckled, “Sure lad, tell me another one.  You must have done something to call the wrath of the Little Folk down on yeah!”

“The little folk? What are you talking about?”

“The Little Folk don’t take kindly to those who harm others, especially on Their big holiday.  You’ll be lucky if their done with yeah.”  Officer O’Malley smiled as he looked in his rearview mirror, and a small figure in a pointed hat, perched on the top of the rear seat, winked back at him.

The moral of the story is: if you are up to no good, beware, especially on St. Patrick’s Day.  You never know when you may earn the wrath of a group of transplanted Little Folk.

Have a safe and healthy holiday, everyone!

In his avocation as an enigmalogist, Jeremy Logan has investigated the truths regarding hidden pharoahs’ tombs, spectral hauntings, and the catacombs of Romanian castles, but even he is skeptical when his friend Jessup suggests that a series of murders could be connected to the Blakeneys, who are suspected by many to be lycanthropes.  Logan’s search for the truth will bring him into several confrontations, including examining his own ethics and moral responsibilities to friends and the world at large.

In this fifth book of the Jeremy Logan series by author Lincoln Child, Logan travels to a retreat in the Adirondacks in an attempt to complete a paper related to his day job, as an historian.  Of course, due to a series of mysterious deaths, he is forced to use his “side line” as an enigmalogist to investigate.

An old college friend, now a forest ranger, approaches Logan about several hikers who have been literally torn apart in remote areas of Adirondack State Park.  The coroner cannot conclusively identify an animal as the culprit, and the few clues left suggest something more sinister is to blame.   The investigation reveals several suspects; including a paroled murderer who has committed gruesome murders in the past, a disgraced scientist who faked his death to continue his research in peace, and a local family that live in nearly complete isolation from the local community and keep entirely to themselves.

I was amazed at the author’s chilling description of the final monster-the sight, sound and smells he describes create a vivid picture of science and nature gone mad, in a way that perfectly paints the scene for the reader.  The confrontation itself was well done, and the chase at the end was exciting and poetic in its conclusion.

That being said, despite the numerous twists added by the various supporting characters; from the secluded Blakeneys, to the poet/woodsman Albright, the treacherous and naïve Feverbridges, and the philosopher/ranger Jessup;  the overall plot was disappointedly predictable at a few points.  I have read and loved the other books of the series, so perhaps I had certain expectations of how the main character operates and reacts, but the author seemed to draw on several devices from other stories, including ones he as co-written.

Still, the story is good, and fans and those new to the series will find this is an entertaining story, with elements of the paranormal, mystery, and action thrown in.  I give it 3.5 stars.

I just had to share this post I found about the meaning of International Women’s Day.  Thanks to Judy Leigh for her thoughts on the importance of not only women, but all people, and the best way to love and care for others, by starting with yourself. 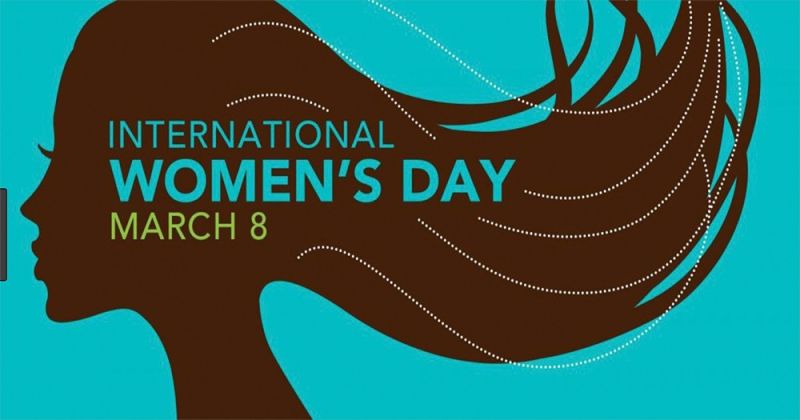 Today is International Women’s Day and there’s much debate about whether we need a day to celebrate all women. It doesn’t take long to realise that we’re not there yet in terms of gender equality – experience and statistics speak for themselves: in the workplace, in terms of pay, in terms of prospects, even in […]

via On International Women’s Day – it’s about being worth it. — That quintessence of dust