If at First You Don’t Succeed-Redefining Failure

There are times when no matter how hard we try, we simply are unable to accomplish what we set out to do, be it a short-term venture or a long-term goal.  These incidents can make us feel inadequate, unsuccessful, or worse-like failures.  That isn’t always the case though; sometimes we simply need to change our thinking to realize that while we may not achieve our original objective, we may be more successful than we realize.

No new venture is without pitfalls.  The Wright brothers did not achieve flight on their first attempt.  Edison was not able to develop a working lightbulb without a few setbacks along the way.  Sometimes the road to solving a problem is not a straight line, but requires a few twists and turns that cannot be anticipated, but must be experienced before the correct solution presents itself.

Writers are famous for changing words, lines, pages, even entire stories multiple times before they arrive at a finished product.  These changes come from new perspectives incurred under varying conditions, such as life itself.  If the end product is not what you imagined at the beginning, does that mean it is not good?  That’s like taking a road trip and not expecting any unforeseen stops or complications along the way- the world is seldom like that.

So what do you do when plans or actions fall short of your goals? Do you give up?  Or do you take what you’ve learned from the experience and go forward?  Do you follow the twists and turns until you find the answer that is perfect for you?

I know what I what to say I do each time, and what I encourage my kids to do.  I hope you all take the high road, the one that leads through the challenges and arrives at well-earned success in the right time and place.

How do you spend your weekend?  Do you run yourself ragged, catching up on a week’s worth of household or outdoor chores, or do you make the most of it-sleeping in, relaxing, enjoying yourself?  For most of us, the answer probably lies somewhere in between, as we are torn between responsibility and the urgent desire to recuperate from a too-busy week.  Perhaps one of the most important things we can do, that is both responsible and enjoyable, is to spend time with our families.

Time as a family is precious and increasingly hard to come by; jobs and obligations, outside interest and friends, can all steal precious time away from that familial unit that is our foundation for nearly every aspect of our lives.  A happy, supportive family makes any crisis easier to manage, any difficult decision more perceptive to grasp.

So make sure that however you spend your weekend, that you find a way to spend part of it with family.  The actual activities involved matter less than the effort of communing.

Maybe your family is the type that likes nothing better than to spend the weekend at a game; football, baseball, soccer.  Perhaps the kids are playing, or you’re rooting for your favorite professional or local team.

Maybe your family shares a different passion-music, movies, swimming, 4x4ing… it doesn’t matter what activity you choose; it only matters that you share it with each other.  So take the kids to the new summer action flick, or to the waterpark.  Go hiking (if you can stand the heat) or cool off in the backyard pool.

The most important thing you can do is talk to each other.  Share in the responsibilities, and catch up on a week’s worth of events, together.  It’s not always easy to find common ground, but if you make it a habit, it will be worthwhile.

Hope you can make each weekend great, and enjoy it with the people who mean the most to you.

Remember When-It Wasn’t Cool to be a Trekkie

When I was born the original Star Trek television series was already in syndication, and the first new motion picture featuring the original cast was only a few years away.  I saw Star Trek for the first time on daytime TV, and was hooked.

Back then it wasn’t cool for anyone, least of all a girl, to admit to being a fan of science fiction stories, and to do so was likely to earn a label-freak, nerd, tomboy-for just a few.  Then something remarkable happened.

The fans stood up and made their opinions count.  They petitioned TV stations to keep running the episodes, over and over again.  Led by creator Gene Roddenberry, aficionados of Star Trek and other science fiction shows attended conventions, bought comic books and collectibles, found ways to keep the interest alive.

The series became a part of pop culture, and so gained relevancy and respect.  A sequence of movies followed, and Star Trek remained, and garnered a larger audience.

I was a young adult when Star Trek: The Next Generation, or TNG to those in the know, first hit the airwaves.  The new series featured a new cast headed by a more cerebral captain, Picard, and focused as much on character development and social issues of the 23rd century as it did space battles and first encounters.  The mainstream appeal of this show opened the door for other series and movies, with widespread acceptance.

Finally, it was cool to be a fan.

The cast of the popular show The Big Bang Theory, about the ultimate fanboys, gets their Trek on.

This coming weekend the third installment of the latest Star Trek movie franchise will be released in theatres.  For those who didn’t know, this movie continues the storyline of an “alternative” universe or “reboots” Captain Kirk and his crew.  This new addition combines the magic of the original series with a “universe” of new potentials to explore.

Today, it is perfectly acceptable to admit I’m a Trekkie.  When I stand in line to purchase tickets for the new movie, I will be surrounded by plenty of other fans.  The labels don’t matter anymore, because it is okay to be who we are.  We are the ones, who with the help of Gene Roddenberry kept the series alive for fifty years.  We are here to stay.

Who Ya Gonna Call, Again?

The summer that the original Ghostbusters movie came out, its soon-to-be iconic theme song clogged the radio airwaves, inspiring rapid fans everywhere.  The cast of characters featured the most unlikely of action heroes, but those traits made them all the more appealing.  The Lothario wanna-be with a heart of gold, Dr. Venkman, the uber-nerd who was blind to the attraction Jeanine had for him, Dr. Spengler, and the loveable goofball Dr. Ray Stantz found their way into our hearts as they faced unlikely foes for the fate of New York City.

The original Oscar-winning story involved a pitted battle with the EPA, a romance in the making between Peter and Dana, brotherly bonding between friends, and an attempted takeover of the world by supernatural forces.  What more could you ask for?  But this was not solely an action movie, it was billed as a comedy, and even with the fate of the world in the balance it delivered a light-hearted appeal.

Now thirty years later, the original film is being remade, with a mostly female cast, and is due out on July 15th.  Ghostbusters 2.0 has already had its share of controversy, from the fact that someone dared remake the icon in the first place, to the choice in casting.

The new movie is not a sequel, but a new interpretation of the original story that captured audience’s attention.  The four new ghostbusters, all female, including Melissa McCarthy and Kristen Wiig, have come together after having faced scorn for their belief in the existence of ghosts.  They are intelligent and fiercely brave, and together will not only be vindicated, but will once again save the city.  They are joined by an appropriately hunky male secretary, who offers a nice contrast to the girl powered cast.

Will the new movie top the original in memorable quotes, comedy slapstick, and feel-good moments?  Will this cast of female action heroes live up to the standards set by the originals?  Personally, I can’t wait to find out.

However you celebrate today enjoy! 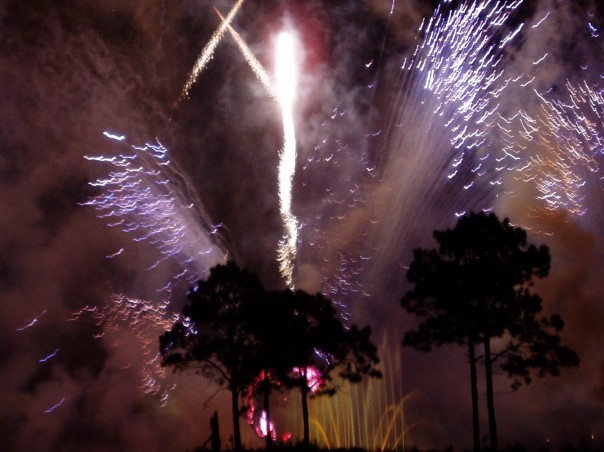 There was a time when ghosts, vampires and werewolves were not cool, at least not outside of a slumber party movie marathon, but now the abundance of paranormal “genre” fair available on mainstream cable programming is staggering.

The unbelievable popularity of vampires, ghost hunters, and zombies in popular series and reality TV has propelled what was once a guilty pleasure into a national pastime.  The Walking Dead is on AMC and reruns play regularly on network channels.  Supernatural is alive and still surprising us with fresh episodes.  Turn to Destination America or any number of other cable channels to find programs about paranormal encounters.

Why are we so drawn to these shows?

Humans have always been fascinated by things that scare us.  Stories have been told about the supernatural for centuries, myths about vampires and ghosts have existed throughout human history.  Some of these stories were most likely attempts to explain the mysterious, the unknown, but their presence shows that humans have always had wonderful imaginations.

Like ghost stories told around a campfire, paranormal and horror stories delight us.  It’s okay to be scared when we know deep down the monsters won’t really harm us, so we can simply enjoy the thrill.  As long as we know that when the show is over we can turn on the lights and everything will be normal again, we’re fine.

When was the last time you watched a TV show, or a movie, or read a book that scared you?  This holiday weekend, after the celebrations and fireworks, and before it’s time to go back to work, make time to pull out a flashlight and a blanket to hide under, and let yourself be scared.  Turn on the TV, tell the kids your old favorite ghost stories, and don’t forget to turn out the lights.  Enjoy!