I couldn’t resist sharing this all about the classic debate between fans of the two franchises.  Do you have a favorite?–Amy

END_OF_DOCUMENT_TOKEN_TO_BE_REPLACED

To all my fellow Americans, let this be the day we remember those still overseas, and those who have sacrificed to preserve our freedoms.  Today is the day to honor those who have gone before, and celebrate all that we have gained. 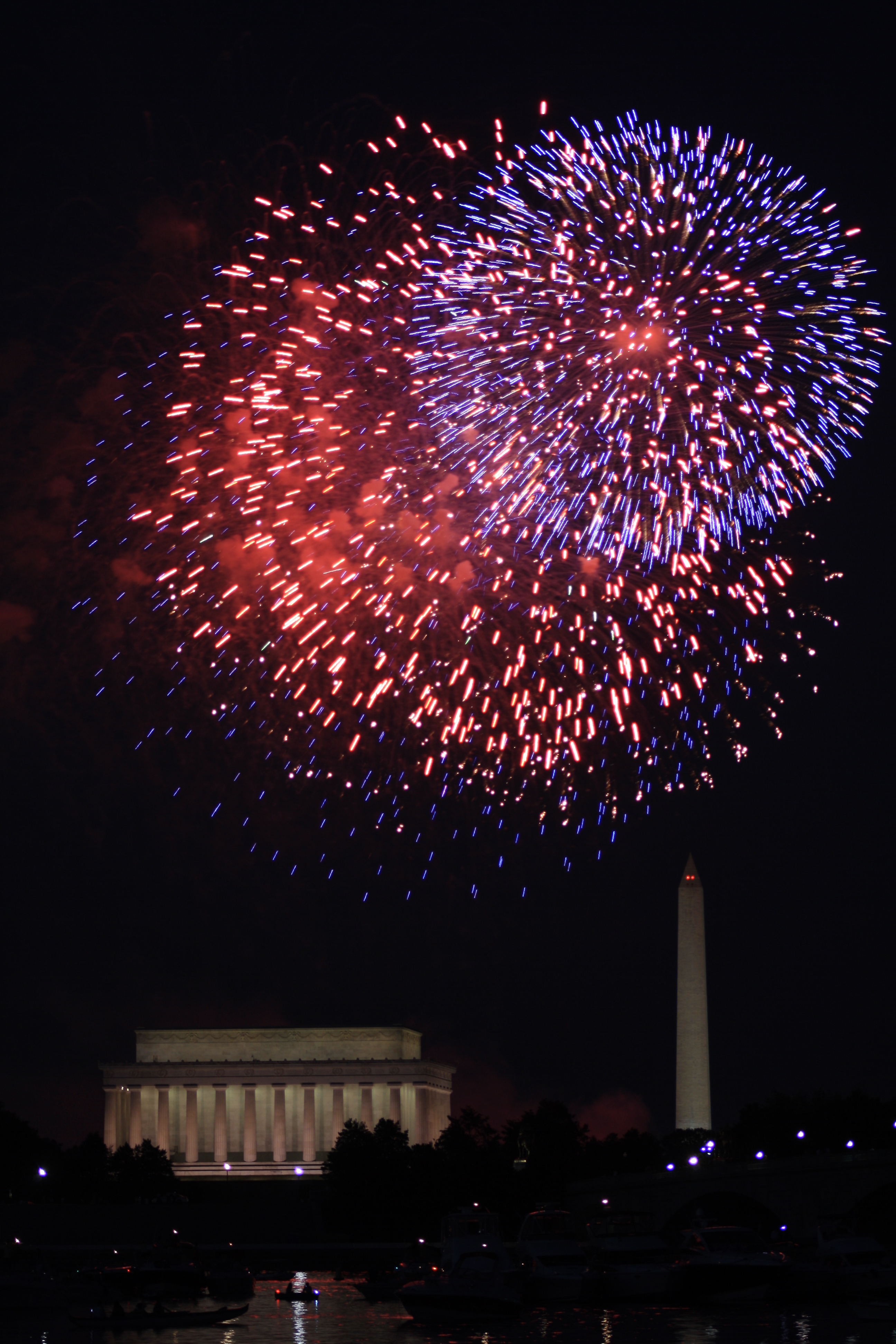 Welcome to another sneak peak from my upcoming novella, Virtual, to be released shortly on Amazon.

“What happened to you?” Leslie asked.  She looked in his eyes, really looked, and realized, while bodily her husband stood in front of her, his eyes were as blank and uncomprehending as a zombie.  Someone else was controlling him like a puppet.

He jerked the flashlight out of her hand and she let him, too shocked to react.  He walked around behind her, brought his left arm around her waist in a parody of a romantic embrace, and pointed the gun at her right temple.  He’s going to kill me, she thought.  This isn’t a game anymore.  She thought of her kids back in the real world, and realized the stranger in her husband’s body had not won yet.

She took a deep breath to calm herself as he cocked the trigger, and cupped both hands over his gun arm and dug in with her fingernails, pushing the arm away from her head.  Still holding on to the arm with the gun, she ducked under his other arm around her waist, twisted sideways, and landed a side kick into his midsection.  The kick made him double over, and she followed up with another kick to his head to bring him to his knees.  Somewhere in the process of twisting his arm he lost his grip on the gun and she kicked it as far as she could.

She scooped up her machete and flashlight and headed for the brush.  She had hurt him but not taken him out, so she barely made it ten yards to the shelter of a tree with large, five foot tall exposed roots before he was had his gun and was after her again.

He fired several rounds at her but she hid under the tree roots and he could not get a clear shot.  She hooked the flashlight and machete back onto her belt.  The shadows and the cover of the roots were of more use to her here, and she didn’t intend to go against a gun with a knife.  She managed to reach the far side of the tree but could not see Rex in the dim light.  She held her breath and tried to listen for him, but the soft ground and abundance of vegetation masked his footfalls.

She slowly leaned out from the tree roots to look for Rex, but before she could look around something hit her from above.  Not again, she thought as the pain brought her to her knees.  Sure enough, Rex materialized from somewhere above her and grabbed her arm, jerking her to her feet and out from under the shelter of the tree.  He stuck his gun in her back and forced her to walk into a small clearing.

By twisting her arm Rex forced Leslie to her knees and then brought the gun up to her head again.  Apparently he was taking no chances this time.  He walked around till he was facing her, keeping his free hand pressed down on her shoulder.  Leslie kept her head down and folded her hands, fingers intertwined; the model of defeat.

She waited until he cocked the gun again to strike.  She shoved with both hands against the arm holding the gun, pushing it out of her way.  Then she lunged forward and brought her intertwined hands up hard between his legs.  When he howled and dropped his gun she snatched it up in both hands and rapped it against his knees.  He went down, and she jumped to her feet, holding the unfamiliar weapon in both hands.  She trained the gun on him as she considered her possibilities.

Think, she ordered herself.  This person who looked like her husband was intent on killing her.  It wasn’t like a sword battle, one shot to the head and you were dead; game over.  She could take him out, but she was afraid her husband was still inside somewhere.  She could tie him up and go for help, but who and where?  She could take him with her, and try to figure out what happened to him, but since he wouldn’t even talk she was not going to get any help from him.

Sensing her hesitation, Rex brought his right arm up and curled his hand around the back of her knees, knocking her off balance.  She dropped the gun but managed to keep her feet.  She kicked him square on the chin before he could rise, and unable to see where the gun landed in the vegetation, took off running as fast as she could.

Leslie was afraid.  For the first time since she had begun playing this game, she was afraid of losing and afraid of the man who was currently trying to kill her.  Something terrible had gone wrong with the game or the programming, and with a sick feeling Leslie realized it was up to her to fix it.  First, though, she had to survive.

Okay I admit it I’m a hoarder, it’s one of the main reasons I dislike moving houses so much, it always prompts the conversations of what to take and what no longer serves any sort of purpose and needs to either be thrown out or re-homed. The reason I dislike having to make this decision […]

My love affair with superheroes began when I was about eight, seeking out the comic book section of the grocery store while my parents stood in line.  I eagerly perused the new issues each week, searching for a good story to accompany the colorful illustrations, and quickly found a number of favorites.  I was disappointed; however, that almost all of the “heroes” were men.  Don’t get me wrong, I enjoyed reading about Batman and Superman, but it seemed most of the women who wore costumes were sidekicks, cousins, or nieces of the male heroes, who were considered the main attraction.

Where was the role model for young girls?  Only one female “superheroine” stood out to me as being a character in her own right, with her own storylines not dependent on a relationship with a male character.  Who was this independent woman-Wonder Woman of course!  She could fight the bad guys as well as any costumed superhero, with strength, speed, and grace that defied the laws of physics, as well as the limits of ordinary men.  She was beautiful, brilliant, and had her own gadgets, not to mention an invisible plane.  What made her really stand out though, was her kindness, and her resolve to end conflicts without violence whenever possible.

“Wonder Woman” began her career as a comic book character in 1941.  She has graced numerous issues since then, both as a solo character and as a member of the Justice League.  She appeared in numerous cartoons and a live-action television series in the 1970s.  Over the years, her image has graced every sort of merchandise imaginable, including lunch boxes, Barbie dolls, and costumes to fit fans of every age. She has been held up as an icon for feminism, for female independence, for patriotism thanks to her early years fighting Nazis and her colorful costume, and as a role model for impressionable young girls.

Last year, she made her big screen debut in the somewhat disappointing  D.C. epic Batman v Superman: Dawn of Justice.  Despite the problems with the last few D.C. features, including the most recent, Suicide Squad, I’m still holding out hope that the movie version of Wonder Woman, coming to theatres on June 2nd, is worthy of the legacy of the character.  I’m crossing my fingers that Warner Bros. have learned from the issues with their other features: namely, that big budget special effects don’t make up for poorly developed plots and badly underdeveloped characters.

I’m hoping that the newest incarnation of my favorite childhood superheroine actually lives up to the hype her character deserves.  In an age where superheroes are no longer considered just for kids, don’t we deserve an epic blockbuster about the number one costumed female hero of all time?

Here’s to seeing you in the ticket line.

Whoops!  Sorry, everyone.   Of course, Wonder Woman, Batman, and Superman are products of D.C., not Marvel.  I obviously did not drink my tea before I wrote that.  My apologies for the confusion.

Apprentice in Death (In Death, #43)
by J.D. Robb (Goodreads Author)

May 08, 2017  ·
Amy Caudill‘s review
Apprentice in Death shows J.D Robb’s heroine Eve Dallas at her very best-completely focused on taking down a pair of killers, and doing so before they kill again. This latest installment of the “in Death” series features the NYPSD lieutenant from the 23rd century tracking a vengeance-minded duo of father and daughter on a murder spree, equipped with sniper rifles and deadly skill. The father is a former police officer, and his accomplice, a fifteen-year-old shooting champion, becomes “his hands and his eyes” to take out any who have offended the pair, and anyone else who gets in the way. The drama escalates as the pair attack very public venues such as Times Square and a sold-out concert, forcing Dallas to feed information to the media as a distraction while she once again puts herself into the mind of the killers. Dallas combines intuition and hard work with high-tech gadgetry, in defense of her beloved city, and to see justice for the victims. I think this book would appeal to anyone who likes science fiction, police dramas, or who is a fan of strong, independent, female characters.

This author writes stories with strong, independent female characters who live life to the fullest. What’s not to love?

You know that expression “Live Life To The Fullest?” Well, that notion immediately springs to my mind when I think of author Geralyn Corcillo. When you read her books, and if you’re like me are fortunate enough to be able to interview her, you get the sense of a woman who appreciates and respects life in all of its infinite mystery. She is a very compassionate, very intelligent, very imaginative and very talented woman who combines all of these wonderful attributes in her creative endeavors. The result: a treasure trove of marvelous books to excite, intrigue and inspire readers. Even in a chaotic and uncertain world, if we can let inspiration serve as our guide, perhaps we can uncover hope amidst the confusion. Corcillo’s characters live life to the fullest and through her writing, readers are welcomed along for the ride.
I recently had the pleasure of interviewing Geralyn Corcillo…