It’s that time of year again!  Tonight is the night when ghosts and goblins both big and small will dress in their most festive gear and roam the streets looking for treats.  Whether you choose to venture out or not, tonight is a good time to enjoy special foods, favorite movies, and the companionship of family and friends.

If you are planning to take your horde out, keep an eye or three peeled for spooky creatures you may not recognize.  If you are staying in, make sure you have plenty of treats so all the little monsters in your neighborhood aren’t tempted to play a trick.  Either way, enjoy your evening.

From my cadre of ghouls to yours,

The weather finally took a semi-permanent nosedive this week into cooler weather, and I couldn’t be more excited.  I’m sure I’m risking perpetuating an old cliché, but I can’t help but point out that fall truly is my favorite time of year.   Mother Nature often seems to ignore the calendar in favor of setting her own schedule; so when the temperatures begin to dip and fail to rise back into the eighties, when the days begin to noticeably shorten, then the autumn is truly upon us.  There are just so many things I love about this season; I had to share a few:

Fall leaves.  The leaves at last show their “true” colors.  Many trees aside from evergreens naturally have leaves as colorful as flower petals, but only in the autumn does their real beauty show through.  Gradually as their foliage loses the green hues of spring and summer trees begin to show their individuality, as a riot of bright hues.

Cooler weather.  In between the swelter of summer and the chill of winter, come days when we can leave off the artificial environment of central air or heat and leave the windows open.  Even with crisp mornings or chilly evenings, an open window can feel wonderful, as the sounds and smells of nature are allowed to permeate the air too often kept stuffy and closed.  Also banished, for many of us living in the Midwest, are the oppressive allergies that come with high heat and humidity.

Holiday cooking.  Harvest time promises a wealth of fresh ingredients, as well as a plethora of new recipes from websites and magazines, gathered to tempted loved ones with new, seasonal, creations.  Cooking and experimenting with some of this bounty is a challenge I utterly enjoy, and something my family always appreciates at holiday gatherings.

Halloween.  Ever since I was a child, I highly anticipated the one day of the year that sanctioned the opportunity to pretend to be someone else, if only for the day.  The options are only limited by one’s imagination, and can be as simple as putting on a hat or cape, or be as elaborate as one may desire.  For one day of the year, it is perfectly acceptable to pretend to be a superhero, or a pirate, or anything else you once dreamed of in childhood.

As I sit to write this, I’ve already laid in a supply of candy to give out next week to trick-or-treaters.  I haven’t decided who I want to be for Halloween, but I’ll think of something.  Later, maybe I’ll go to the park and take in the sights of a landscape that’s transformed over the last few months in a way that’s almost unrecognizable from spring.  I’ve already picked some of the dishes I’ll make for the weekend, and am thinking about Thanksgiving…

I really do get excited about this time of year.  I hope you can enjoy it as well.

Most fans of science fiction books and television shows are at least aware of the contributions of such British notaries as Douglas Adams, famed author of the “Hitchhiker’s Guide” series, and the quality shows produced by the BBC network and BBC America. This past weekend saw the second season premier of “Dirk Gently,” based on some of Adams’ lesser known but equally memorable characters. Check it out, and don’t worry if the plot seems hard to follow-it will all make sense in the end.

Being a long-time Douglas Adams fan (as you all should be), I was excited to see a TV adaptation of his novel Dirk Gently’s Holistic Detective Agency appear on Netflix and started watching almost immediately.

It didn’t blow me away out of the gate, though. It was a strange, confusing show that didn’t seem to have much to do with the Dirk Gently story I know. I almost gave up on the show after the first two episodes, but something about it stuck with me, and I decided to give it another shot.

This turned out to be a good call.

Dirk Gently’s Holistic Detective Agency is a very, very strange show. Far stranger than I have the ability to adequately communicate through a mere blog post, and almost certainly the strangest television show I’ve ever seen.

It’s also almost entirely unlike the book it’s supposedly based upon. Really the…

I couldn’t wait to announce the release of my first book at long last!  Thanks to all those who have faithfully followed me during the course of this journey.  I would never have made it without you.  So here it is, finally: 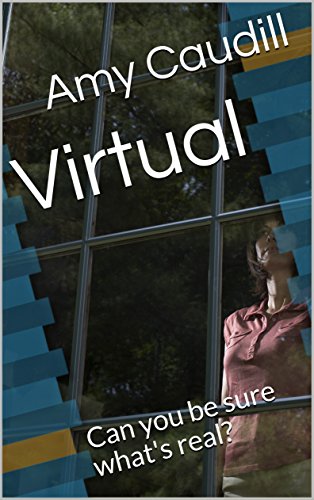 Virtual is the story of a woman who is only looking for a little excitement when signing up to help test a new virtual reality game world.  Along the way she stumbles across a sinister plot and discovers she is capable of more than she ever imagined.  Please check it out on Amazon Kindle.

There are those who pride themselves on being prepared for worst-case scenarios.  They create hideouts, put away supplies, and plan for the end of the world.  However, if the worst were to come, and you found yourself in a situation that seemingly jumped off the silver screen straight into your backyard, what would you do?

Here are some survival tips gleamed from decades of horror films, that surprisingly may also have real life applications for when things are a little less frantic:

Stay with the group.  There are times for independence, and then there are times when common sense dictates that you should not go into the woods alone.  Ditto for the abandoned house, the abandoned factory, or even the bathhouse on the other side of the clearing.  Anyone who has ever seen a slasher film from Friday the 13th to Scream knows what happens if you fail to follow this most important protocol.

Never let them hear you scream.  Standing out from the crowd may sometimes be appropriate, but if zombies or killer clowns are after you, it may well be the last thing you ever do.  Whenever you find yourself in deadly danger, the last thing you want to do is raise your voice so the monsters know exactly where you are.

Don’t lay down your arms.  Never let go of weapons, artifacts, or wooden stakes until you are one hundred percent sure the monster is irretrievably dead.  Don’t allow your only defense to be turned against you.

Don’t lose your focus.    Don’t allow anything to get you sidetracked.  Be constantly aware of your surroundings, because distractions can get you killed.  Never get cocky or let down your guard until the danger is passed.

Don’t invite strangers into your house.  Perhaps the vampires or ghouls can only enter with your permission.  In this day and age, it’s just common sense to take precautions about who you allow into your space.  If you someone unexpected comes to your door, check their id, and see if they have fangs or are carrying weapons, before you decide to allow them entry.

Listen to the professionals.  If a scholar/professor/expert tells you not to touch something-listen.  Don’t get into a situation that is over your head.  Don’t read from the Book of the Dead or open Pandora’s Box, and for goodness sake, don’t open the mummy’s sarcophagus.

Appearances can be deceiving.  Don’t underestimate anyone.  Don’t make assumptions without facts.  That harmless looking stranger /young innocent/damsel in distress could be more than you think.  Remember, whether good or bad, big things can hide in small packages and plain sight.

Plan ahead.  Make preparations, do research, check your facts, and if possible, have backup.  The worst situations often look different in the light of day, so a second perspective can often be useful, especially for baddies allergic to sunlight.  Don’t allow yourself to be eaten simply because of a lack of organization. Take time to consider before you act, and make sure you are making the best choice.

Hopefully none of this audience will ever be impacted by such cataclysmic events, but should the worst occur, and the end of the world is near, remember that movies have educated us to deal with these situations, and just do what the survivors do.

Once Upon a Spine

I know I’ve already said this before, but…you guys…Halloween is coming! 😀 I’ve already started putting out decorations and have been working on my costumes since August. I’m so excited!

In honor of  this glorious and festive time of the year I feel like I need to put some Fall/Halloween themed entertainment into my repertoire this month. I’m typically not big on super scary things (because I’m a weenie), but I’ve still found plenty of books/shows over the years that appropriately fit the occasion.

These are a few of my favorites: 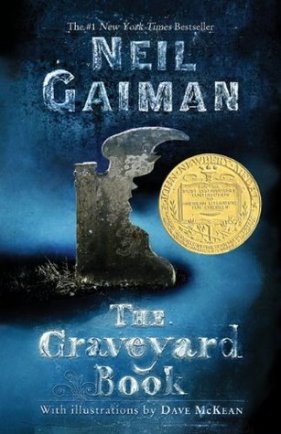 The Graveyard Book by Neil Gaiman – A little boy that grows up in a graveyard, raised by the ghosts that reside there. It doesn’t get more Halloween appropriate than that. (Side note: I have a slight obsession with cemeteries, especially old ones. This always feels like the perfect time of year to go traipsing among the headstones.)