A fellow blogger issued a short, short story challenge based on a photo he posted on his site, and I decided to answer it, with a science fiction theme, of course.  Here is my post, along with a link back to the original site and story. 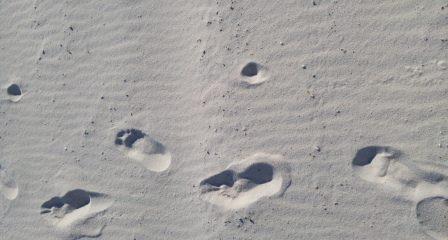 Footprints in the Sand

Captain Drake stood a short distance from his crew as they took readings from the surface of the deserted planet.  They had landed near the remnants of a small settlement which was overgrown with vegetation and lacking any signs of human life.  They would analyze air, water, bacterial content- anything that could explain the disappearance of the colonists.  So far, they had found nothing.

Drake stepped away from his crew, toward the nearby sea.  Near the edge of the water he spotted a set of footprints, made by bare feet, along with a circular impression that might have been left by a cane.

The footprints seemed to go directly into the sea, as if the person had simply walked into the water and disappeared, but where was their owner now?  These tracks in the sand might be the last testament of those who once lived here. 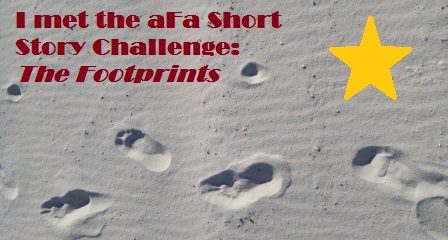 9 thoughts on “Answering a Footprints Challenge”